The Earth Defenders are a Kaiju Faction that was founded by Godzilla, the King of the Monsters and arguable the strongest Kaiju on Terra. The entire faction is made up of most of the Terran Kaiju that took part in the battle against the Cryogs and the Trilopods. The faction was formed with the purpose of protecting the world and to promote peace between kaiju and humans.

After the battle against the Trilopods and the Cryogs, the Earth Defenders recently took refuge on the Monster Islands located in the Pacific Ocean after the government abandoned them when the Trilopods invaded and captured all the Kaiju stored there.

After they were transported into Earth Land, the Earth Defenders are taken in by Fairy Tail and even become members of the guild.

The Earth Defenders are comprised of Kaiju who all posses different and unique abilities and powers that make each one dangerous in its own right. With Godzilla as their leader, the Earth Defenders are a deadly force to be reckoned with (according to SpaceGodzilla), such as when they were able to eliminate the combined forces of the Naked Mummy and Dark Unicorn Guilds with relative ease in Chapter 4 of Godzilla: Rulers of Earth Land and when they were able to beat back the army of Trilopod hybrids unleashed in Los Angeles.

The Earth Defenders were formed by Godzilla and most of the Kaiju involved in the battle against the Trilopods for the purpose of safeguarding Terra from another extraterrestrial invasion or from other, more malicious Terran Kaiju who seek to disrupt the balance of the planet, as well as promote peace and coexistence between humans and Kaiju.

Kaiju who had once been members of the Earth Defenders but have since left to either go rogue or defect to another Faction.

Kaiju and creature who are also protectors of Terra, but are not members of the Earth Defenders include: 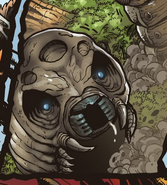 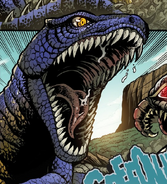 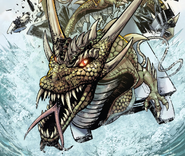 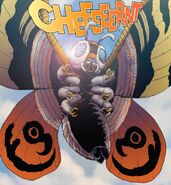